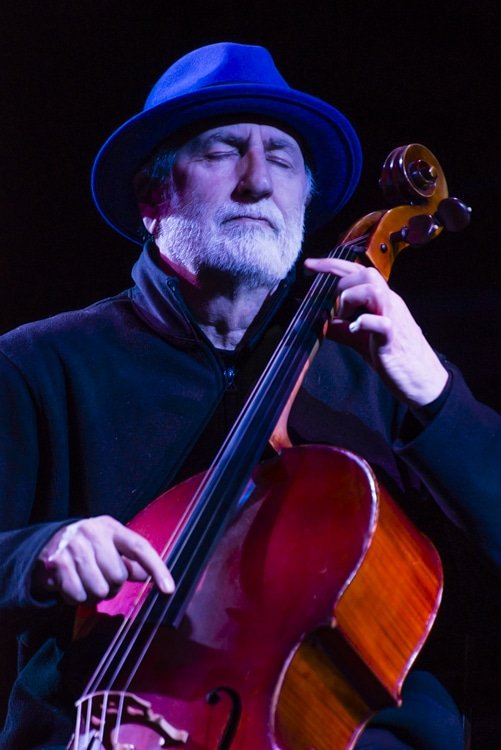 Listening: The Heart of Presence

“We’re seeing it all the time when of course political things and things in the environment change, and sometimes they change very very quickly, we can waste valuable time wishing they weren’t happening.  For those of us who think about improvising and are able to engage in it regularly, we know that saying yes to what’s happening around us is, you know, the significant key in really listening.”

Eugene's passion for improvised music has been featured in concerts all over the world with the Paul Winter Consort and with Trio Globo (Friesen, Howard Levy and Glen Velez). He appeared on Garrison Keillor's "A Prairie Home Companion" playing with Keillor and soprano Renée Fleming and has performed as a soloist at the International Cello Festival in Manchester, England; Rencontres d'Ensembles de Violoncelles in Beauvais, France; the World Cello Congress in Baltimore, Maryland; and the Rio International Cello Encounter in Rio de Janeiro.

A love for children and music education led Eugene to create his popular program for young audiences, CelloMan, and has fueled his work teaching new cello techniques and improvisation in the United States, Asia, Europe, Egypt, and South America. His book, “Improvisation for Classical Musicians” was published in 2012 by Berklee Press/Hal Leonard.
Recording credits include eight albums of original music, more than 30 CDs with the Paul Winter Consort, and hundreds of tracks featuring his rapturous cello playing on instrumental albums, films, and television scores.

Eugene is an artist-in-residence at the Cathedral of St. John the Divine in New York City, and on the faculty of the Berklee College of Music in Boston.