from One to Many

END_OF_DOCUMENT_TOKEN_TO_BE_REPLACED

When I was 13...my parents and I visited my brother and his wife and END_OF_DOCUMENT_TOKEN_TO_BE_REPLACED

Could this be the most fundamentally challenging part of being human...AND...the key to our END_OF_DOCUMENT_TOKEN_TO_BE_REPLACED

When there's no time for a workout or a walk,and meditation isn't sufficient...A few END_OF_DOCUMENT_TOKEN_TO_BE_REPLACED

The Key of Creation

if you did the rest of your life exactly the way you're doing it now?

See yourself continuing to do the same things, perhaps many that you're fine with, but also struggling with the same challenges, getting into the same arguments and entanglements, suffering the same frustrations, self-judgements, and negative self-talk you’ve been dealing up to this point.

Do you ever see yourself engaged in something bigger or different?  Maybe something more authentically YOU?

Maybe something you've imagined deep down most of your life.

Do you ever wonder

...why you haven't stepped up in a bigger way, or what it could be that has been holding you back from your larger life?

This can be tricky because each question about why we don't get started can lead to a confounding and frustrating paralysis which leads to... the same experience!

How discouraging, right(?) as we know ourselves to be capable of so much more than we've seen so far!

And since we weren't given a manual or a map, even though we intuit the truth of our vision, we're often surprised when we continue to find ourselves in that old life rather than the one we know is possible for us!

What if the path to liberation

is simpler, and more immediately available, than we usually presume it to be?

In his book, Effortless Mastery, Kenny Werner tells the story of one of Miles Davis’ bandmates having this experience and coming to Miles with it.

He told Miles how amazed he was that after playing with him and hearing tons of solos, gig after gig, year after year, he continued to be enthralled as each of Miles’ solos played out.

He told Miles that at that point he has been bored by his own solos for quite a while and asked for any advice on how to play solos that are continually fresh and engaging.

According to the story, Miles looked back at him and simply said, “Play a different note.”

"I prefer living in color." 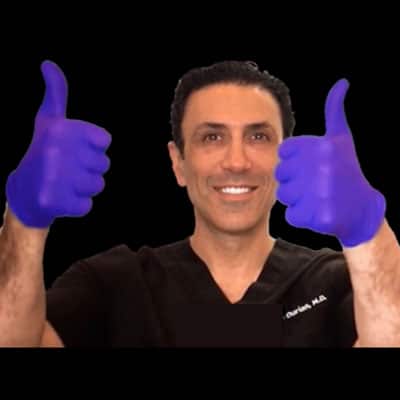 "And now for something completely different."

What are you dealing with these days that you wish were different?

What are you feeling called to in your life these days?

How does your connection to your muse (or creative inspiration) affect various aspects of your life?

How would it be to have a solid connection to your muse you could rely on any time? 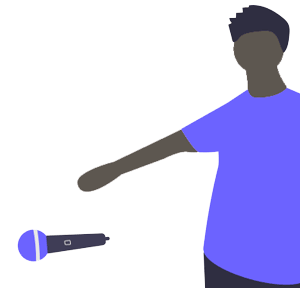 ...to learn new strategies for relating to these different parts of yourself that have been both goading you forward and obstructing your path at the same time.

One of the keys is to acknowledge the beauty of difference.

Differences in behaviors, beliefs, habits, or customs (or inner voices) are simply different colors of the spectrum. It's permission-giving to experiment, try things, and see how they play out.

Anytime you bring your heart and mind to the table, there's always uncertainty and risk, especially when you're "playing a different note."

But in the process it gets easier to recognize when you're doing the same thing over and over again out of habit or fear.

Then,  and invite yourself into this space of doing something different then you would normally do in the spirit of discovering a larger reality that is waiting for you and who you really are.

for exploring your creative edge and expanding your palette 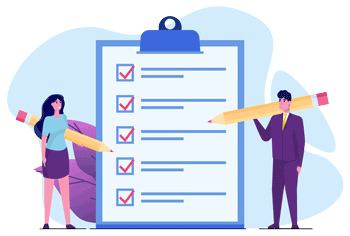 Ask yourself what you’d like to change. What would make this next moment different, but that still resonates with who you are.

Sit down at the piano.

If you are familiar with the different keys of the keyboard, feel free to play in whatever key you'd like to play in.

If you're not familiar with the different keys, stick to the white notes for this exercise.

(In Module 4 of the SoundYourSelf Solo online course, you can learn all you need to know to improvise in all 12 keys in one hour. That in itself is a true game-changer for approaching piano.)

Pay attention to your surroundings and to what you're feeling in your body and play simple sounds that feel "true"... that feel like an authentic expression of what's true for you right now.

Notice if/when you find yourself playing things that you have played before, maybe things you always play.

Is that satisfying? If so, then Great!!

If not, notice that feeling of dissatisfaction for a moment.

What does that part of you want?  More energy?  Different tempo? Different melody?  Ask for specifics.

Listen for something different to show up in your field of awareness.  You might hear it simply as a different tempo.  Or a melody fragment.

Playing something more simple is usually an excellent way to "plug in" more quickly.

Let any complexity emerge naturally, and be wary of any compulsions and desires to "play better."  Sometimes, even the simple desire to "play music" can get in the way of actually playing musically.

It seems to be a subtle difference, but the experience and the sonic result is something your ears and your body and your heart can "hear" immediately if you're listening for it.

Whether the change is dramatic or subtle, the real shift you're looking for is in your own relationship to the current moment and the next one.

Are you playing out of habit or out of curiosity?

Are you playing out of from your heart and soul or are you letting your fingers just run around on the piano while you anxiously hope for something interesting to pop out?

For now, it's enough to simply notice what is actually happening as you engage.

All information is helpful, even if it seems insignificant or irrelevant.

It's vital to start right where you are.

What would it be like for you to explore new territory, creatively and musically?

What would it be like to play music that surprised and fascinated you with different aspects of yourself you hadn't realized before?

What if your music explorations could also inform other areas of your life (maybe even areas you've struggled with for a long time)?

And what if music-making could open new doors of enjoyment and delight you didn't think were possible or feasible for you?

I wrote this song, Love Light the Way, for a community choreography production in Asheville North Carolina years ago for the theme “legacy.” The initial subject matter what's the relationship with my father, God rest his soul, and it ends up asking larger questions about what we are given in this life and what we do with it.

I hope you enjoy it!

END_OF_DOCUMENT_TOKEN_TO_BE_REPLACED

When I was 13...my parents and I visited my brother and his wife and daughter END_OF_DOCUMENT_TOKEN_TO_BE_REPLACED