The treasure of Jubilee! Bury or carry?

SoundYourSelf unearths musical buried treasure and other possibilities waiting to come alive through you.

When I was 13...my parents and I visited my brother and his wife and END_OF_DOCUMENT_TOKEN_TO_BE_REPLACED

Could this be the most fundamentally challenging part of being human...AND...the key to our END_OF_DOCUMENT_TOKEN_TO_BE_REPLACED

When there's no time for a workout or a walk,and meditation isn't sufficient...A few END_OF_DOCUMENT_TOKEN_TO_BE_REPLACED

The Key of Creation

Different communities & people - different points on the circle of life

Last night I witnessed something amazing. I attended a celebration and fund-raiser for the Umoja Health, Wellness, and Justice Collective, a community in Asheville doing inspiring work to bring youth together, share their authentic selves, support each other, and chart a loving, compassionate, and creative path forward.

Watching the entire group of children from age 5 to 17 or so all yelling support for each other as they got up for their 3-5 minutes speeches was truly touching. You can't fake the kind of love they were expressing for each other. It was beautiful, energizing, and inspiring!

This community is alive, vibrant, and growing.  More parents are wanting to send their kids there.  Their parents are struggling to make ends meet, and much of the teaching and facilitating is being done as a labor of love.  And yes, they need money!

But the need and compassion are combining to generate the courage and the faith that is animating the creation of something that is alive, exciting, attractive, and transformative! 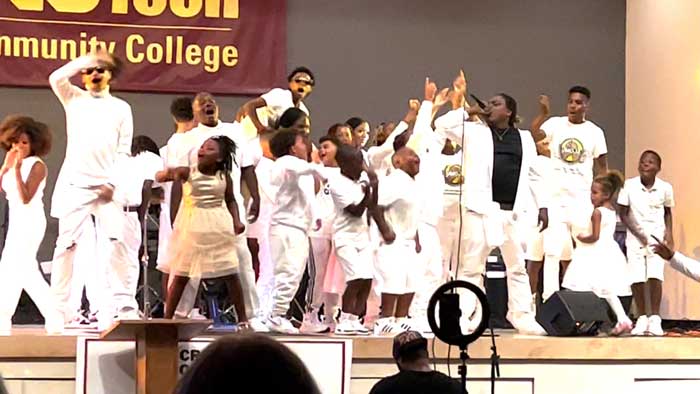 And then this morning a friend called and told me his son has just taken his own life.

We are all in some sort of transition, whether personally, in our smaller social circles, or in our larger world.   Some of it wonderful and exciting, some of it unspeakably agonizing.

None of us knows what is going to happen.  And we can do our best to plan, but we also know most plans are only a suggestion.

So we're left with moving forward in the midst of huge levels of unknown and unknowability.

What do we bring forward with us?

What do we leave behind?

The Jubilee! Community, where I led the World Beat Band for 22 years, has been going through a lot of very difficult transition since our founder, Howard Hanger, retired in August, 2019.  The core questions of what is to be released and let go of and what is to be carried forward have been difficult for the community to deeply discern and come to terms with.

Originally I intended these words for the Jubilee! Community only.  But I decided to post this here in case it might be helpful for more of you out there, maybe at larger scales.

Open letter to the Jubilee! Community (and beyond)

As we face the prospect of major changes in how things look going forward, it seems like part of my responsibility to share some of my perspective on this question, "What makes Jubilee! Jubilee! ??"

And since my POV is grounded in my background, here’s a bit on that:

Throughout my childhood, I was steeped in church life, personalities, and politics in a well-known Disciples of Christ congregation (South Hills CC) in Fort Worth, TX. 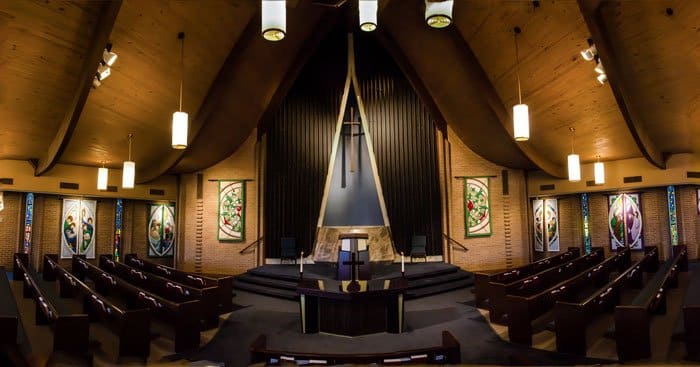 Many of the Brite Divinity School faculty (located at TCU – Texas Christian Univ) were members and ministers at South Hills.  Each week (or series of weeks), different Brite faculty taught the adult Sunday School class.

So the level of theology and church organizational wisdom was unusually high for an otherwise typical mainstream protestant church community.

A couple of guiding concepts among Disciples are “No creed but Christ” and the idea of the “ministry of the laity.”  In the DOC tradition, each of us is called to interpret scripture and other teachings for ourselves, to question everything, and share the good news of God’s love with others.

To top this off, Mom and Dad both chaired the board and many other committees over the years, and Mom was the Secretary of the Regional (Texas and Oklahoma) DOC office.

Just one of Dad's tasks over the many decades there was to chair the building committee that designed and built the beautiful and symbolically rich sanctuary pictured above (when I was around 11).

So, along with the Dallas Cowboys and the TCU Horned Frogs (football and basketball!), church life was ever-present in the family conversation throughout my childhood.

Soon after I started leading the WBB in 2001, my message about Jubilee! to Mom and Dad was essentially...

“It was started by a fun guy (Howard Hanger) who’s great to work with and play music for, but the brilliant part about it is the way he's got things organized.

There is a simple, clean organizational scheme that is unusual, but easily laid out and highly decentralized. The overall structure and policies encourage initiative, collaboration, flexibility, and creativity.  It’s not always clear to everyone what everybody else is doing, but that’s okay.”

This resonated with the parts of me that are interested in not just doing something, but in re-inventing social structures that align more harmoniously with the way nature and life itself works.

I've always been drawn to seeking ways to align with and "resonate" with natural processes as much as possible, figuring that must be the easiest way to consciously "nudge" things in the directions we most want them to go.

It seems to me Howard found many of the keys to the magic kingdom in his approach.  My view is we lost sight of many of these things when Howard retired, leaving us in the same boat as most other typical churches who are struggling to survive these apocalyptic times.

More specifically, what was it that made Jubilee work so well for so long?

Our answers to these questions have often boiled down to a combination of Howard’s humor and charisma, the music, the openness to other faiths and general inclusiveness, and our emphasis on outreach and service.

I agree with those responses.  But I think the essence of Jubilee runs much deeper than those descriptions.

In many ways, those things can be said of lots of spiritual communities, so they don’t really isolate what it was that animated Jubilee! uniquely and specifically. 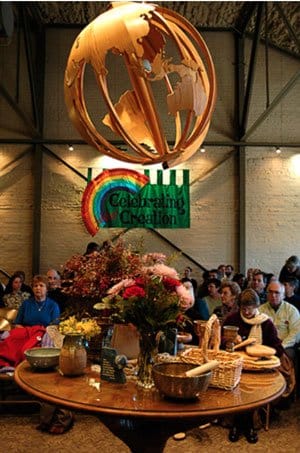 In the big picture, I’ve always thought of Jubilee as uniquely positioned to offer something precious in the world for these reasons.

1) Creation Spirituality is a reframing of Christianity rooted in the spiritualities Jesus learned and taught.  It can be deeply reassuring and inspiring for disaffected Christians (as well as those who have never identified as Christian).

(Matthew Fox has spent the past 40 years articulating this approach to spirituality.  It turns out this morning's meditation is right in alignment with the ultimate point I'm hoping to make here...)

2) Howard didn’t TALK much about Creation Spirituality.  He just DID it.   The practices, the community response to the ancient words, the irreverence and disregard for unquestioned church traditions, the recognition of the Holy in everything, is all C.S. all the time.

The fact that he didn't -talk- about C.S. more and articulate the framework more explicitly was often a source of frustration for me, personally, because of my stubbornly intellectual bent.

Fortunately my position in the band forced me to get out of my head more and focus on celebrating life and having a good time!

But we also have a shared experience of a LOT of Creation Spirituality wisdom that we experienced, felt, sang, laughed about, and celebrated.

This combo was extremely attractive for a huge range of people over a very long period of time!

So here are some examples of the things I observed as I worked with Howard that I've thought contributed naturally to the magic of Jubilee! 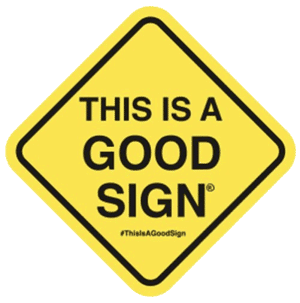 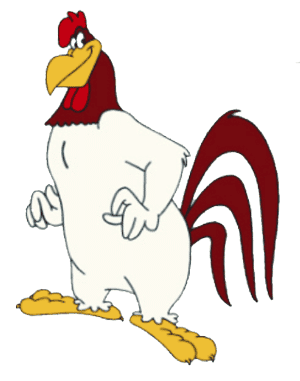 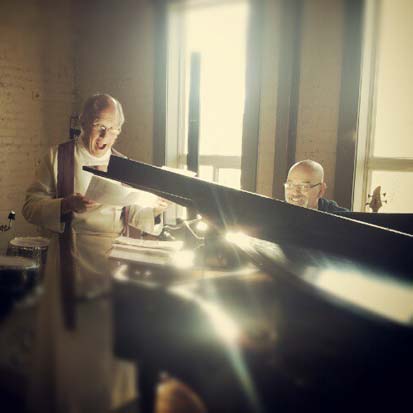 Don’t take ourselves too seriously!!

You can probably think of more things about Jubilee! that made YOU want to come back again and again… why you came to Jubilee! instead of another progressive spiritual community, or instead of going nowhere at all.

I hope and pray that whatever becomes of 46 Wall St and whatever becomes of the group of people who have gathered there for 33 years, that the spirit of Jubilee! will find ways to survive and feed others in this world that is so much in need of love, compassion, and grace.

Here’s a toast to Howard, a prayer for this community, and a dream that somehow or other, each and all of us can find ways to continue to know that we are beloved children of a living divine presence, and that we can continue to go on, play on, and somehow, by the grace of who or whatever the heck came up with all of this, make this old world a better place.

Have any thoughts and reflections on this?  Please leave them below! 🙂

When I was 13...my parents and I visited my brother and his wife and daughter END_OF_DOCUMENT_TOKEN_TO_BE_REPLACED

Could this be the most fundamentally challenging part of being human...AND...the key to our transformation??...What END_OF_DOCUMENT_TOKEN_TO_BE_REPLACED